This week we speak to the size thirteen Air Presto beast himself, Mr Carlos BFG! Like Jack Brint who we spoke to last week, Carlos and I met through the Sneakerplay group on Facebook whilst joining in on the banter that normally ensues. I should probably state for the record that I haven’t actually met Carlos in person yet due to him living out in the sticks and myself in the big smog but bound by the mutual interests of sneakers and fatherhood, we share a virtual fist bump. 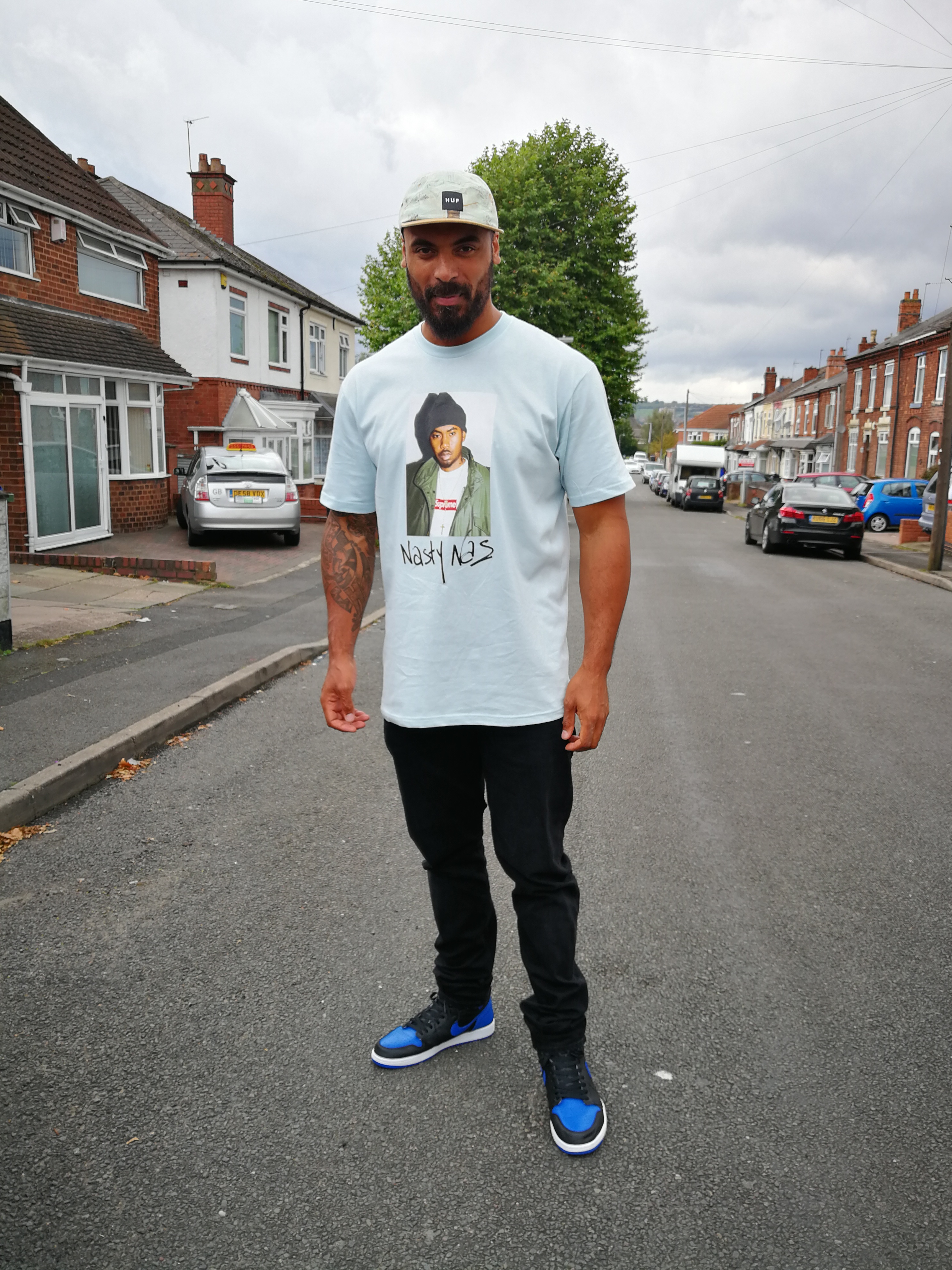 The Uncool Dad: Who are you, what do you do and how long have you been a dad for?

Carlos BFG: I’m Carlos BFG, a security manager for a leading crowd management company. Also, I do a bit of security consultancy at festivals abroad. I have been a Dad for 5 years and 1 month to Identical Girls.

TUC: That’s gotta be a handful! Do they ever mess with you and pretend to be each other?

CBFG: Nah no messing as they’re like chalk and cheese so I know who’s who straight away. Also, one daughter has (CP) walking disabilities but don’t stop her being cheeky!

TUC: What’s your favourite thing about being a dad?

CBFG: Being an idol to two amazing daughters who are my Twin Warrior Princesses, I call them that as they were born 3 months premature. Watching them grow and learn, also amazing me with the knowledge that they have aquired without my input…. the random things they say to me or others..!

TUC: Do you think they’ll ever want to follow in your footsteps and hulk out.. you know, like Muhammad and Laila Ali..?

Khadijah aka Diji is already doing kickboxing.. I started her at 3 and in the next few years I’m going to start her in Akido and Brazilian jujitsu so she’ll have an all round approach to kicking ass… Ayannah aka Yarni loves dance, which I’m no good at.

TUC: Does your missus give you sh*t for buying kicks?

CBFG: No unless we are saving or short on money and I come home with a ‘Bargain’… To be fair, she is understanding as I have no vices, I don’t smoke  or gamble apart from on big fights and accumulators every now and then.. Oh and grand national.

TUC: What is a “Dad Shoe” to you and what is your ultimate Dad shoe?

CBFG: my ultimate Dad shoe is the Air Monarch, not because Americans say so, but because i remember taking my dad to get a pair of kicks which I was going to buy… and out of every single trainer he chose the triple black leather Monarchs.. God rest his soul lol. My personal Dad grail which I’m actually going to buy is the Hi-Tec Silver Shadow, perfection in my eyes and a super under-rated pair.

TUC: Air Monarchs are so badass. How would you feel if nike made an updated, flyknit version?

CBFG: Mate I’d be all over them, tbf they should considering it’s their best selling trainer of all time I believe. Daryl [Valdez] might correct me..

TUC: Will/has your child inherit/ed your sneaker habit and how would you feel about your child buying expensive kicks?

CBFG: My one daughter adores her trainers and always ask for me to clean her kicks when they get a slight scuff… she knows it’s a swoosh and they’re pronounced “Nykee”. She also points kicks out to me that she wants. As long as my daughter shows money sense and doesn’t think it grows on trees then fine, but she will soon realise Im not buying them if she demands.

CBFG: Yes I totally believe financial intelligence should be taught at school, also business awareness. Need more Independent thinking youngsters willing to take those risks, but sensibly. I wish I had.

TUC: What is your earliest sneaker memory?

CBFG: when I was 9/10 and my cousin having AM90 infrareds and falling in love with them. She also had the 180 women’s cw. Earlier than that was owning a pair of Hi-Tec and thinking I was bouncing on the moon.

TUC: I had a pair of hi-tec that had a pump and iridescent logo on the side.

TUC: How have your sneaker habits changed since having a child?

CBFG: I will not buy anything over £180 and even then that’s only been once as it was to cop SBB (*Air Jordan 1 “Shattered Backboard”), which I really wanted.

TUC: You have a grail that you’ve kept on ice. You come home to find it missing only to discover that your child has worn them to school. What do you do?

CBFG: Laugh because I’m a uk13 and they will never fit in my kicks. Or if I have a boy and he decides to wear them, as long as they come back in same nick I’ll be cool with it and only ground him for a few days.

TUC: Wow that’s some self control. A lot of the guys I asked this question to came up with some messed up sh*t. Being a size 13uk must really be difficult to find kicks. What was the shoe you were most happy to find in your size?

CBFG: My feet have been a 13 since I was 13, so was extremely hard for me in the early 90s and 00s trying to find kicks – I would always pray the 12 was a big 12. I missed out on so many pairs of trainers because UK didn’t stock bigger sizes back then. I fell out of love with kicks for years until about 2010/11 when a good mate of mine who happened to be same size as me sold me his more uptempo and then I realised there was kicks in my size again.

The shoe I was most happy to find in my size.. Hmmm SBB I’d say (Jordan 1 Shattered Backboard) and for a great price aswell. The dude was so eager to buy a pair of turtle doves (Adidas Yeezy Boost) that he was practically giving me them for retail.

TUC: What are your thoughts on young teens queuing and camping for sneakers?

CBFG: It’s a been a staple thing within the community for years .. the only problem I have is that they aren’t camping to take home and cherish but to flip for a bit more money.

That seems to be the way sneaker culture has evolved without any signs of reversing. Some resellers say that without reselling, the shoe that’s exclusive to London wouldn’t be worn by the guy living in Birmingham. Putting shoes online subjects them to bots.

TUC: Do you think there is a fair way that everyone across the board can have access to the sneakers that they want?

In all honesty no, I don’t otherwise Nike or Adidas would have come up with it.. Well they sort of have now with their own raffle system to try tackle Bots.

A massive thanks to Carlos for taking the time out to share his thoughts, experiences and photos! If you or anyone you know would like to get involved with the Sneaker Dad conversations, drop me a line!

Don’t forget to follow the blog (hit follow on the right side) as well as on Insta. And make sure to follow Carlos on insta at BFGCarlito.

Thanks for stopping by!